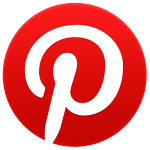 Pinterest has announced intent to launch promoted pins in the UK following the US launch earlier this year.

It’s a timely announcement from the Social Media channel that describes itself as a visual discovery tool, as it continues to grow in stature.

Pinterest has become a highly compelling channel for advertisers:

– Pinterest now accounts for c40% of e-commerce traffic from social networking sites
– The average Pinterest user (Female and Socially engaged) has a household income of more than £60K
– The average e-commerce order placed by a Pinterest user is £110, compared to £50 for Facebook
-Pinterest is global – It’s now available in 31 Countries, including (for now) China

Pinterest’s worth is put at a reputed $6 Billion, despite never having generated ad revenue to date, which is remarkable.

Pinterest is reportedly asking brands in the US for commitments of between $1-2 million, with CPM rates between $30-40 for a promoted pin. A Salesforce study last year estimated that Facebook’s most expensive ad was selling for an average CPM of $6.27. So, putting this into context, Pinterest values its users at 5 times the amount of Facebook’s.

Malorie Lucich, Pinterest’s spokesperson, stated “early feedback has been positive” from advertisers. Part of why advertisers are excited about Pinterest, Lucich stated, is that Pinterest users don’t seem to view promoted pins any differently than regular, a post of a picture of a jacket sponsored by Banana Republic will generate as many clicks as a friend posting a picture of a jacket.

“Users don’t really look at them as ads,” Lucich stated.

It will be interesting to see how Promoted Pins takes off in the UK, but initial signs are positive, this could well be a hugely effective channel for brands and retailers to reach lucrative new customers.